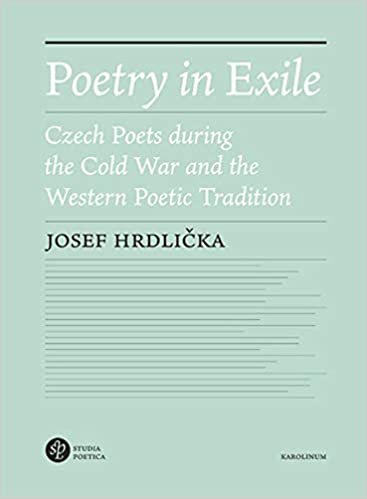 In this comparative tour de force, Josef Hrdlička–one of the Czech Republic’s foremost experts on lyric poetry–examines the impact of exile, literal or spiritual, on poetry. Hrdlička argues that exile serves to disrupt the fundamental elements of poetry, especially its linguistic and cultural framework. Beginning with an examination of exile as a cultural phenomenon in the Western tradition, Hrdlička follows its complex history and treatment by poets from Solon to Celan. Focusing on the specific poetics of exile, he identifies Ovid’s elegies as an early model of exile in poetics before tracing the metamorphosis of exile as a concept through the modern age and the very Baudelarian idea that a person can be metaphorically exiled by the act of daily living itself. The core of Poetry in Exile, however, hews closer to Hrdlička’s homeland, homing in on the postwar poetry of Czech exiles. Poets such as Ivan Blatný, Milada Součková, Ivan Diviš, and Petr Král are investigated as examples to test the theoretical questions raised in the first part of the book and discover the answers that their individual poems provide.